Over the years, I have grown more and more interested in the Southern Writers.  I did not grow up in the South, but my mother tells me that being raised in a southern Indiana town might be similar to living in the South.


Southern novels and the Southern Writers-you may have heard of them - William Faulkner, Walker Percy, Harper Lee, Zora Neal Hurston, Flannery O’Connor, Richard Wright and Eudora Welty, to name a few—are an important part of our country’s literary history.  Some moved out of the South—New York, Europe, Chicago, Detroit—but are still considered part of the Southern Writers.  Wikipedia defnes southern writers as a group of authors who focus on a common Southern history, the significance of family, a sense of community and one's role within it, a sense of justice, the region's dominant religion - Christianity and the burdens and rewards religion often brings, issues of racial tension, land and the promise it brings, a sense of social class and place, and the use of the Southern dialect.

I have enjoyed reading the novels and short stories of Eudora Welty, a Jackson, Mississippi, native and life-long resident.  Perhaps it is because we share similar objectives in our work.

As I made the painting, Eudora (above), I reflected on Welty's life in Jackson, on her works of fiction and on her instructive philosophies.  Living in the house where she was raised, (I recommend a visit!) she believed there was value of working in the midst of your roots.  Listening and looking everywhere she went, as well as keeping the windows open next to her writing desk, she captured the conversations of her neighbors, from the beauty shop where she went once a week, to the grocery store, as well as from her travels around Mississippi communities.

In Welty's view, place  is very important.  It is where the writer has her roots, and, in a story or novel, it reveals where she stands, her place of reference and in her work, her point of view.  Feelings are bound up in place, and place has a great deal to do with making characters real.  Every story would be a different story if the place were different.  Welty comments, “Place to the writer is the frame.  And knowing where you are, where you  stand, we are always being informed about one little place and also about the world.”  In her search for places and people to write about Welty said, “One place understood helps us understand all places better,” and “It’s like sending a bucket down a well and it always comes up full.  Wherever you go, you meet part of your story.”

I drive through the South frequently, and I am often reminded of characters in the southern novels.  I see these characters on the streets as we stop in small towns' local hotels. I sit beside these characters in restaurants and strain to hear their conversations.  I have concluded that our lives might be really different, but that I have “known” some of these people.  I fill my sketchbooks with people in these settings who often find their way onto my canvas.

You didn't have to grow up in the South or Southern Indiana to love a good story--to see a little of a life you recognize or a perspective that reminds you of a moment.  By Eudora Welty's example of seeking the universal in the local, she shows the way down a path toward understanding and expression.

Her stories seem to be wonderfully told tales about people she knew or encountered, but she always leaves you pondering the ending. What was the author trying to explain?  Her ambiguity keeps the stories fresh and universal.  She does not cast judgement, but leaves it to the reader to decide. Each story seems to be ripe for discussion.

I invite you to visit my studio or come to an exhibit.  Stand in front of a painting with me.  What made you pause in front of this painting? Did I tell a good story?   What caught your eye?  Does the character remind you of someone? What did this place bring to mind? What would be your story? 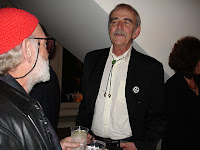 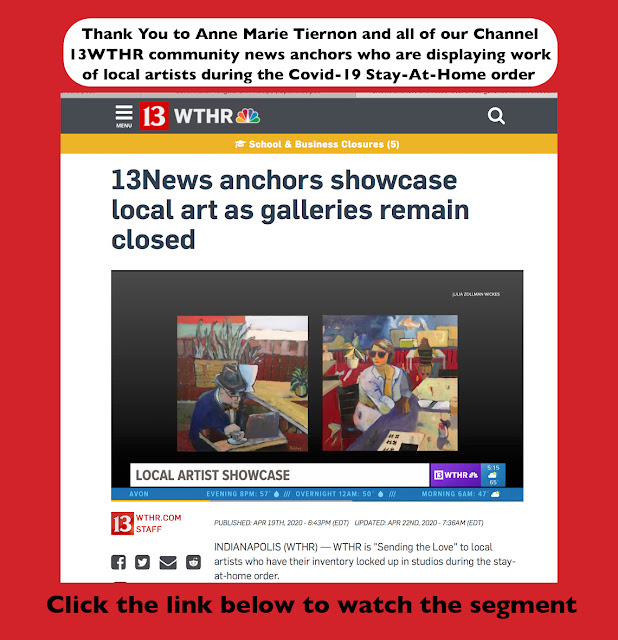